I’ve been a writer for a few years now but I’ve also thrown in the options of director, actor and everything in between. Looking at it though, writing is the thing I’ve done most of – not that you’d know it from reading this blog post so far 🙂

In addition to writing this monthly blog (and others) plus a number of scripts, I belong to a couple of writing groups where we contribute to each other’s projects. Writing is a great lifestyle but doesn’t pay very well until you become established, hopefully while still alive and able to enjoy it, e.g. J K Rowling.

However, after four years of writing, making or producing student films, I realised that they were all kind-of ‘samey’ and plagiarised (mostly unwittingly) – I think we all need to read more and watch less (this includes me).

I’ve probably posted before that Hollywood churns out mostly formulaic films that appeal to the masses who just want a night out (or a night in) with their friends or family. These are the film equivalent of the old ‘Mills & Boon’ books that grannies used to enjoy.

My favourite writing projects are gritty scripts with subtle humour. It’s satisfying – but really difficult – to have twists in the story. The problem is that all stories have been told and writers just have to find new and interesting ways to tell them. Maybe this is why my recent reading has focussed on biographies and memoirs of real people.

The really great thing about being a writer is that you can also be a reader and call it research! And no, I don’t use an old typewriter like the one in featured above, even though they look really cool and I’d love to get one! I use Celtx on a MacBook for scripts.

I came across this article: What Does a Producer Do? which reminded me of the Question song from Tom Wilson (Comedian/Actor who played Biff Tannen, BttF) – in particular, his reply to the question at 1minute+08seconds.

And this month, Monty Python’s Terry Jones died. He is credited as Producer of the 1996-1998 TV Series, Blazing Dragons (26 episodes that I’ve yet to see). However, he was more prolific as a Director, Writer and Actor across a number of genres which include documentaries as well as TV series and comedy sketches (Monty Python’s Flying Circus, Ripping Yarns, The Two Ronnies, etc.) and films/screenplays.

“Brian’s Mum” was the Director and a co-writer of The Life of Brian: “He’s not the Messiah…” as well as The Holy Grail (movie and video game), Erik the Viking and others. Terry Jones also wrote the screenplay for Labyrinth which was Directed by Jim Henson and starring David Bowie.

Finally, here’s an insight into the Holy Grail film outtakes with commentary by Terry Jones, RIP:

… to feast on all the Christmas Films again.  First, to list a few:

In that list are six that I like (or eight because there’s a trilogy) and two that I’ve yet to see (can you guess which two?). And, of course, there are many more: Joyeux Noel, Die Hard, Home Alone 2, Elf, Get Santa, Bad Santa, Jingle all the Way, Christmas with the Kranks, Gremlins, Scrooged, Christmas do-over, White Christmas, Holiday Inn, Nightmare before Christmas, In Bruges, the Nativity trilogy (TV films) and all the Muppet Christmases … and about 3,000 that I’ve missed.

I wonder why we say ’tis in this context and it’s most other times?

‘Tis also the season of giving and I’ve noticed an unprecedented generosity this year, not only on TV and social media but also in the local supermarket. There’s a place allocated for people to donate items that they’ve bought in the shop and Sainsbury’s promises to ensure that it reaches people who need it. The box was overflowing with customers’ donations.

Season’s Greetings
I’ll be back in 2020
Brodie

p.s. The header image photograph was taken on a trip to Paris one Christmas, even though it may not be what it seems.

2018: during the long flights to & from the USA, there was no time to sleep as Virgin Atlantic indulged my appetite for film! The films I can remember that I managed to watch were:

2019: we flew British Airways to the Caribbean and the films I watched were:

Agree/disagree? Let me know your thoughts in the comments!

“A person is smart. People are dumb, panicky, dangerous animals, and you know it! 1,500 years ago, everybody knew that the Earth was the center of the universe.”

I love the Men in Black films. One of my favourite film trilogies of all time is Back to the Future, which ‘predicted’ that Trump (Biff) would become almost omnipotent. And I can’t help thinking that if Forrest Gump ran for President, the good people of the USA would vote him in.

Meanwhile, something to look forward to, away from the real world. Here is a link to films that are scheduled for release in 2021, many of which look worth watching.

If you have any film recommendations, please let me know in a comment! Ciao for now.

*Update! Brexit delayed again but there will now be a general election just before Christmas, which is the most contrived election there’s ever been in my voting lifetime.

Both major parties have leaders that no reasonable person wants in No.10 (can’t wait to make a dark comedy of this in a few years’ time). And the Labour Party is currently promising everyone everything for free! 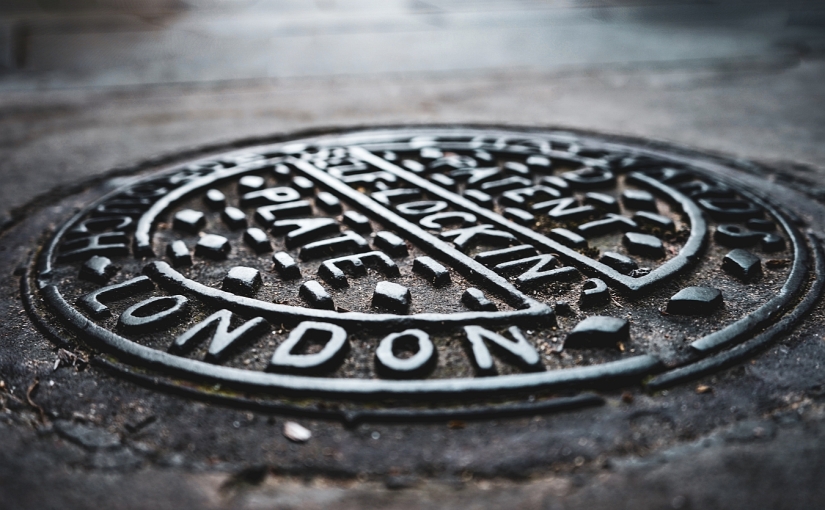 I love the cosiness of Autumn. Coolness edged with a warm glow from the mellow sun, enhancing the changing colours of leaves: green, yellow, gold, brown, red, russet and a deep-red-purple. I especially love the shine of lights on wet streets in the evenings.

Tamara is not the centre of everyone’s universe. Her story continues to develop whilst those involved in bringing it to life are on other projects and working to earn a crust. Life goes on. I’ll keep you posted.

Regular jobs with a steady income have continued to elude me therefore I’m also tweaking some other scripts. It’s weird that, despite my education, I’m not even qualified to sweep the road. Seriously! Such a vacancy was advertised and I smiled at the thought of Trigger’s Broom (Only Fools & Horses) and checked it out. The reality is that you have to be able to drive to do the job these days, something I haven’t yet managed.

Meanwhile, I’m involved on the fringes of a long-term design project (voluntary) which has nothing to do with film, other than maybe taking short videos or photographs as it progresses.

Update: The film company like the script and I’ve also sent them a Visual Narrative. They have asked me along for a meeting with a ‘bigger cheese’ to discuss working with experienced professionals. These may include a writer and director who will mentor my less experienced small team. Critically, we have secured an adequate budget.

I’ve been reworking the script and have created visuals for the characters and for the scene where the story is set.

We have, potentially, a couple of actors in mind who are known to us. Watch for an update next month.

Meanwhile… if any actors are interested (for a very modest fee) and available for a couple of days in the London area (timescale as yet unknown), the role descriptions are below! 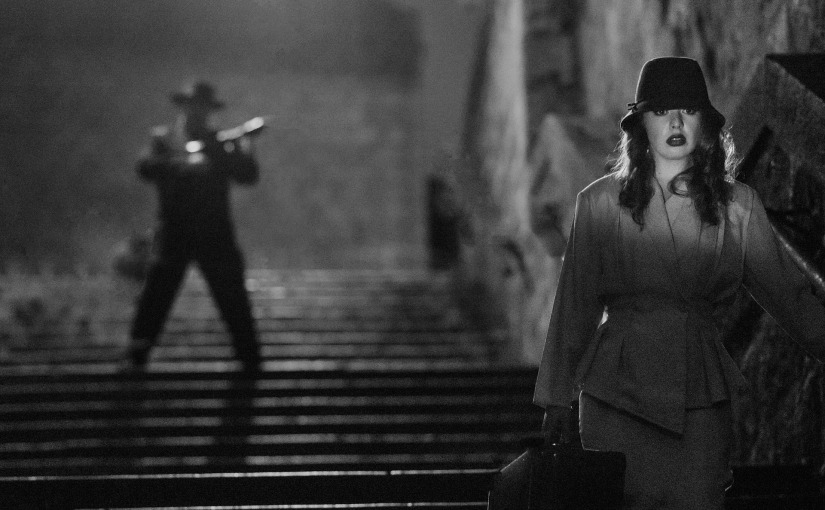 I read somewhere that a screenplay should be 80 – 120 pages and will typically take about three months to complete a reasonable first draft. Add on another month for improvements and rewrites.

Of course, professionals writing for a TV company often have less than a week per episode but I’m a long way from that level! I have managed 8 pages for my short film – it was about a page longer but now it’s better quality. Based on the guidelines I was taught, 8 pages = 8 minutes of screen time.

And there’s some interesting stuff in this blog post from the New York Film Academy.

Meanwhile, I’ve progressed from the initial script approval to being asked to prepare a presentation for a pitch to investors and actors. I need to consider a time era and include a wish list of who I’d like to see perform the various roles.

It’s starting to get interesting!

My interest in a film career started in 2011 and was sidetracked sometime after 2016 when Hollywood (or Pinewood, for that matter) didn’t thrust a contract in my direction. Without formal employment, I lapsed into making short promos for companies in and around London. It wasn’t easy, though, as I don’t have quality equipment or the means to invest in it.

Recently, someone threw me a lifeline. Nothing may come of it but it sparked something and I have resolved to resume work on some of the short film scripts that have been languishing in limbo for a couple of years.

We’ve all been “Waiting for Tamara” for a long time…

So… I found out some stuff.

I worked my way through an employment suitability test and the results are not all that I expected. However, much of it was spot on! For example, that I have a lack of confidence in my skills and abilities, which leads some other points: I’m not first in the queue to offer assistance, I’m prone to feeling discouraged and I prefer “a relaxed level of activity”. The report suggests that I might not cope well under pressure, that I have trust issues and I prefer to be on my own rather than surrounded by others.

The lack of confidence in my skills and abilities has grown since I haven’t been using them much. And the statement “prone to feeling discouraged” is so true. Following many applications for jobs resulting in a handful of failed interviews – and now backed by the results of this test – I can’t see where to go from here. What could be my perfect role?

Some of the questions were difficult to choose an answer. As an example, a question might have been* “In a Manchester football/soccer derby match, would you prefer United or City to win?” (*it wasn’t, by the way). It depends – would one of them winning affect the position of the team I support? It’s impossible for me to answer without any context.

If something amazing happened over the next few weeks, would the test results be different? What will turn the tide? For example, if I had a job and found out that I was good at it, would my confidence levels spill into other areas of my life? One day, maybe I’ll find out.

This article might help people in a similar situation: Unemployed and Feeling Down.

UPDATE: last night, the Manchester football derby took place. My team is currently third in the table (below City, above United) which means that if City won, we still can’t catch them and, if United won, they would be very close on points. In this instance, it would be better to remain third than to be in danger of being overtaken, so I preferred City to win. And they did.